We imagine a world made of sustainable, self-sufficient, interconnected and resilient communities

in integrating the different sectors of the green economy and putting islands forward as laboratories for combatting climate change.

energy saving and the protection of water and other natural resources.

knowledge about energy and the environment through conferences, seminars and workshops. 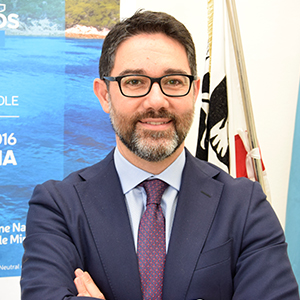 Currently also Director of GreeningTheIslands.net, Head of International Affairs at Italia Solare and Co-Chairman of the GlobalSolar Council. After spending some years in the area of sales and project management for some companies such as Parke-Davis, Capsugel, Wilkinson Sword, Warner Lambert, Tetra, and others, he has been a leading figure in the energy sector since 2003, first as External Affairs Director in the Italian Division of BP then as MD for BP Solar Italy (with a turnover of about 230M€ and 200MW of PV installed). President of Assosolare (Italian PV Industry Association) for three consecutive terms. He has negotiated the five Feed-in Tariffs arrangements with the Government which have caused the PV installed capacity to grow from 0,035 GW to more than 18 GW. He has also chaired the group of solar energy enterprises in the Industry National Committee of the Ministry of the Environment and has been one of the founders of the Global Network of National PV Associations (NNPVA), which has been the basis for the Global Solar Council. 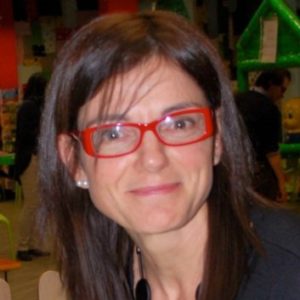 Since 1998, I’ve worked as a journalist and communications consultant on scientific and technical topics, especially related to the energy and environmental sectors. I’ve been head of communications and press office for national and international events and projects in the green economy. I’ve managed national and international events in the energy sector, am a social media expert and content provider for offline and online communication. In the energy and environmental sector I’ve worked with: Province of Milan, Aper, Assoelettrica, Global Bioenergy Partnership, Energy Authority, G8 Environment, 9REN, Behind Energy, Greening the Islands and Solarexpo and Greenbuilding trade fairs. 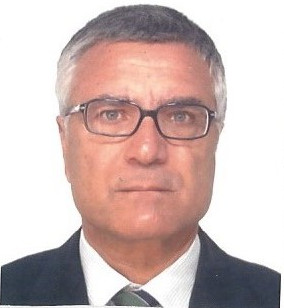 He has more than 35 years of working experience in the electric system operation. In the last ten years he was Head of the Italian National Control Center in Terna. Following the start of the electricity market (2004), he developed innovative functionalities, integrated with the control system, to perform a better control of economical market parameter according the Grid Code rule’s and the network constraints. In 2003 –

2006 he was Responsible of network ancillary services and production plans which main activities are demand forecast and system electrical state in D+1, reserve margins for System Adequacy and definition of the production and transmission plan. Since 1980, he was involved in the design of HMI and specification of EMS’s function in all the projects of the Italian electrical network control system implemented in the National and Regional Dispatching Center. 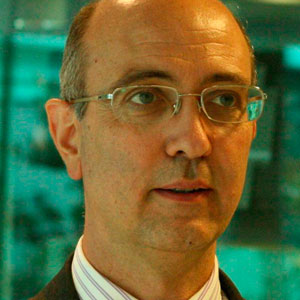 Esperienza:In IBM since 02/1985, Carlo has a 360° experience in IT serving large enterprise customers mainly in the energy sector. Innovative, project driven, with managerial, technical and commercial background, excellent both in understanding specific customer needs and global market trends. Leveraging his diversified and international education background and personal interests, Carlo is culturally oriented to a holistic and creative approach to problem-solving.
Overall Carlo has deep understanding of the energy & utility industry processes having faced customers of this industry for more than 30 years within commercial and technical roles. He’s also familiar with international trends and geographical flavor been part of the IBM Global E&U Industry team. Has a strong technical background and project-oriented approach acquired in 15 years of customer application development in complex environments with different roles from programmer and system analyst, to business analyst and project manager. He has a multi-year managerial experience as first and second line manager in Service Delivery units. Has acquired commercial experience being sales representative in the services organization for several years moving gradually to long term business development that, leveraging his innovation attitude, became the predominant focus in the last 10 years. In this role has also driven IBM participation into research projects funded by Italian and/or EU programs. Excellent organizational, communication, inter-personal and leadership skills complete his profile. Since 2002 he’s a recognized speaker at conferences and seminars.
Formazione:Civil engineer enrolled in the engineer ability list of Rome – Ordine degli Ingegneri – since 1984. In late ‘90 has reached the internal IBM certification in Project Management followed by the successful Master exam hold with PMI (Project Management Institute). 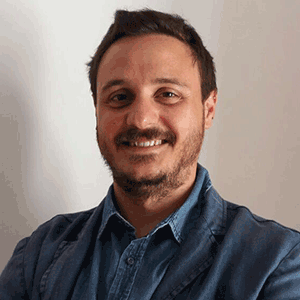 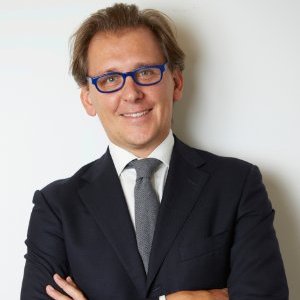 Partner at Lundquist, a consultancy in Milan. Expert in communication and sustainability, I develop strategies that help build relationships between companies and their stakeholders. I have deep experience in corporate communications, international media relations, social media and digital content. Previously, I worked for 12 years as a journalist, in particular as a correspondent in Milan for US news agency Bloomberg News as well as editor on the EMEA energy team. I also contributed to the specialised magazine European Energy Review. Within the energy and environment sector, I have worked with: Eni, Enel, Edison, ERG, Snam, Terna, Gruppo Hera, Global Bioenergy Partnership, G8 Ambiente, Istituto per il Commercio Estero, Greening the Islands.

Degree in Modern and Medieval Languages and Master’s degree in European Literature from the University of Cambridge. Diploma in newspaper journalism from the Editorial Centre (UK). 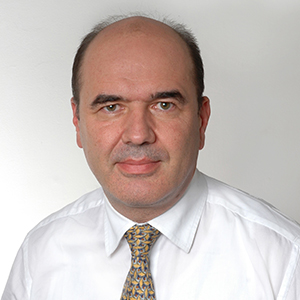 Presently Senior Consultant. Since 1987 he has worked in the electricity field. He has gained extensive experience with increasing responsibility in the main Italian and foreign energy groups. After a two-year practice in the ENI Chemical Division, he has developed expertise at ENEL where he achieved the managerial level. At ENEL he also trained in Energy Management when the deregulated marked opened up. In his capacity  as Senior Advisor he set up and then led the Italian BP Power Division of British Petroleum. He has been CEO of Alettrogreen S.p.A. and later Head of Operation at Energy Management of GDF SUEZ Energia Italia. He has worked as consultant for leading companies in the electricity market area of Trading and Renewables since October 2013.

He has been acknowledged by the specific Authority as an electricity system expert. He has been an expert member of committees for specific corporate proportional assessment set up by the Equalization Fund for the Electricity Sector.

He graduated with honours in Mechanical Engineering. 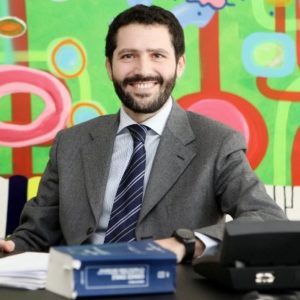 At present a Eunomia Studio Legale partner. He has been a lawyer since 2002 and in 2008 he joined the New York Bar. Francesco has worked in leading Italian and international legal firms, namely, for Grande Stevens Associazione Professionale in Turin first and then as Foreign Associate for Paul, Weiss, Rifkind, Wharton & Garrison LLP in New York (U.S.A.). As a corporate lawyer he deals with corporate and commercial law. He is a specialist in renewable energies and in legal and strategic consultancy for Start Ups. He is an adjunct professor at the IUC (International University College) in Turin, where he teaches “Start Up Companies Law and Financing” in English in the framework of the Master of Laws university programme.  He is the author of several articles on energy law, civil law, corporate law and financial markets law. 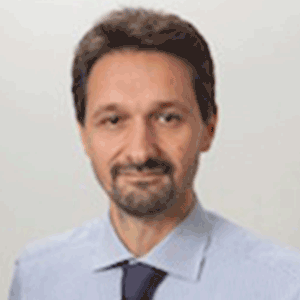 Nuclear engineer. In the energy field since 1993, when he started his cooperation with Ecodeco, developing industrial waste to energy technologies and being in charge for design and construction of a grate number of treatment plant in Italy ad abroad. He has also been member of the European Recovered Fuel Organization and member of Complex Technology Plants Committee”.
In 2005 he was co-founder and CEO of Ener3, a company active in the field of RES project development in Italy.
In 2008 he was co-founder of 9REN Group, director of Italian PV development department and member of the board of directors of 9Ren Italy.
In 2012 he was co-founder of SunCity, a company focused on distributed generation and energy efficiency for SME.
In 2012 he was co-founder of EnerCity, a company focused on energy trading from RES and, in the same year, he was also co-founder and CEO of NetCity a distribution company of PV and energy efficiency components.
From 2016 he is actively collaborating with Italia Solare. 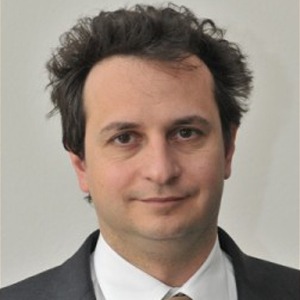 At present, partner at Macchi di Cellere Gangemi Studio Legale partner. In his professional career he has acquired experience in all sort of energy, construction and administrative matters under Italian and European law. In particular most recent activity has been performed in the development and construction of power plants fueled by renewable sources as well in the development of direct lines for self-consumption and in PPA and agreements for the connection to the public grid of such direct lines. He has been teacher on “public grants” at the Faculty of Law of University of Pisa, Master for public bodies managers and business lawyers (“Giurista dell’economia e Manager pubblico”) and at the Politecnico of Milan, department of Electrical Engineer on SEU and electric tariffs. He renders legal advice and assistance to Italian and foreign companies with respect to administrative and regulatory matters with particular emphasis on energy law. He organized International congress of IBA (International Bar Association) on construction law. He also has an excellent experience in arbitration both as arbiter and as attorney as well in administrative litigation. Ha has big experience in the assistance to companies operating in the PV market. In particular he developed a particular experience on roof- mounted installations. 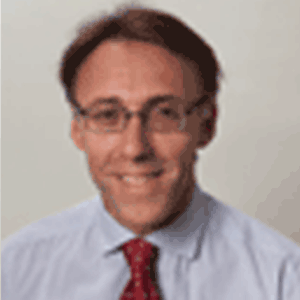 Electrical engineer, pioneer of Photovoltaic in Italy, has gained more than 25 years of experience in this business sector, also acting in Energy Planning and Project Management. He joined Enel group (major Italian utility) in 1991, assuming progressively responsibilities for design, development and construction of PV plants up 2005. He has then been co-founder and, since 2005 up to end 2011, chairman of ENER3 active in the field of RES project development in Italy. From company merging in 9Ren Group he took the role of Director of Engineering & Innovations, as well as O&M. He has been lecturer at University of Milan, writer for PV sector magazines and author of books in the renewable energy sector. Presently founder and Chief Executive Officer of Solmac, as well as in the Board of SunCity group companies involved in energy efficiency and distributed generation.

The Service Providers involved are companies selected by The Green Consulting Group to complete the Group’s offer and provide to end customers, be they individuals or institutions, a full service as specified in the “Services” session. They have an excellent experience related to their specific field of expertise, comparable to that of the official Partner, and have an established relationship with The GC Group with whom they work constantly. They participate in the meetings and training sessions of the Group. An example of this category are the engineering companies, each of them specialized in different areas of renewable energy, water, or waste management. They have excellent references and are normally accredited by banks.

Partners for The Green Consulting Group

The Local Partners are mainly engineering companies rooted within a geographical area, with a high knowledge of the specific market and an excellent relationship with local institutions. These companies are a local reference for The Green Consultanting Group cooperating on a bi-directional relationship: they inform the center about news / opportunities of the area and are assisted by the other Partners and Consultancy Providers in carrying out their activities; similarly they are involved by the Group in on-site-consulting and support it in keeping relationships  through a local, constant and increased presence. The Local Partners participate in The GC Group regular meetings and training courses and may represent the Group upon indications of the latter.